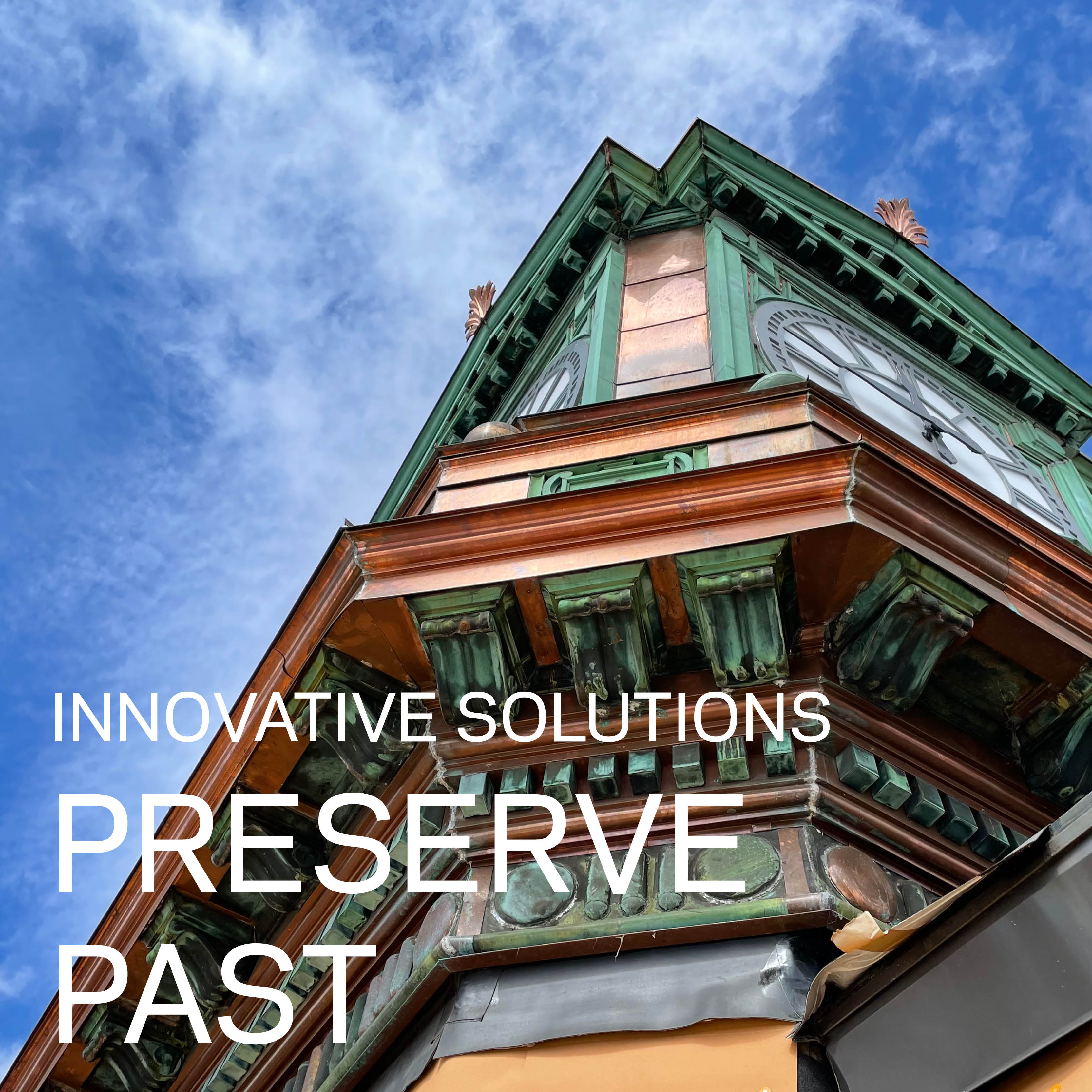 The four-story Webster County’s Historic Clock Tower has looked over the town of Fort Dodge, Iowa since September 1902. Added to the National Register of Historic Places in 1981, over time the copper on the iconic clock tower began to deteriorate.

While surveying the interior of the tower and dome, OPN discovered that both the copper and the wood support structure were damaged from many years of water infiltrating the copper. The wood decay caused the copper to sag, which lead to additional damage to the structure. The steel support stirrups behind the horizontal copper ornamentation elements had rusted or were missing. This meant that the copper skin had no support and was sloughing off the building. 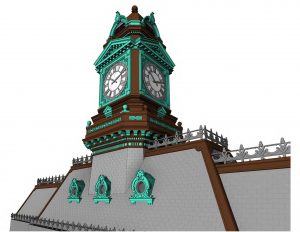 Because the team wanted to keep much of the original copper, particularly the more ornate components around the clock face and pediments, they added an additional weather barrier between the copper and the reconstructed secondary structure. Instead of relying on the copper to act as the water barrier – which is a more traditional approach – this new rainscreen acts like a raincoat to the new steel substructure. Even if water permeates the less water tight older copper, it will not be able to infiltrate into the interior of the dome.

The substructure itself is also more durable. The steel frame was repaired where necessary and the rotted wood connectors were replaced with steel.

The dramatic restoration as well as the oxidization that has already started is demonstrated by the before (left) and after (right) images below: 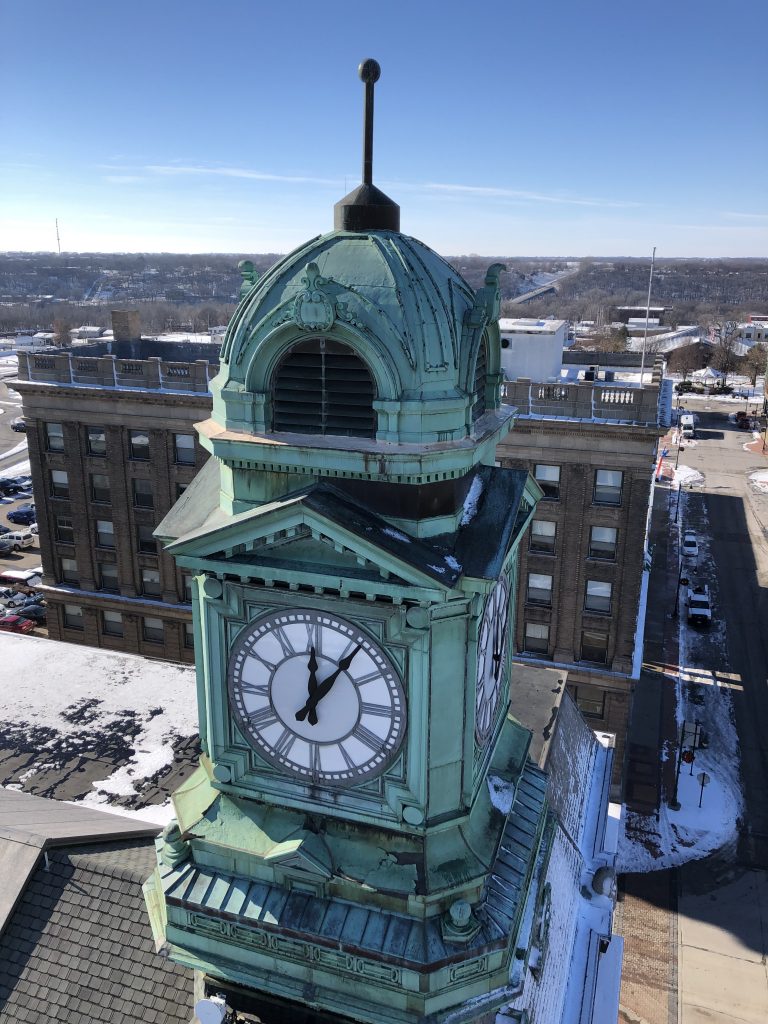 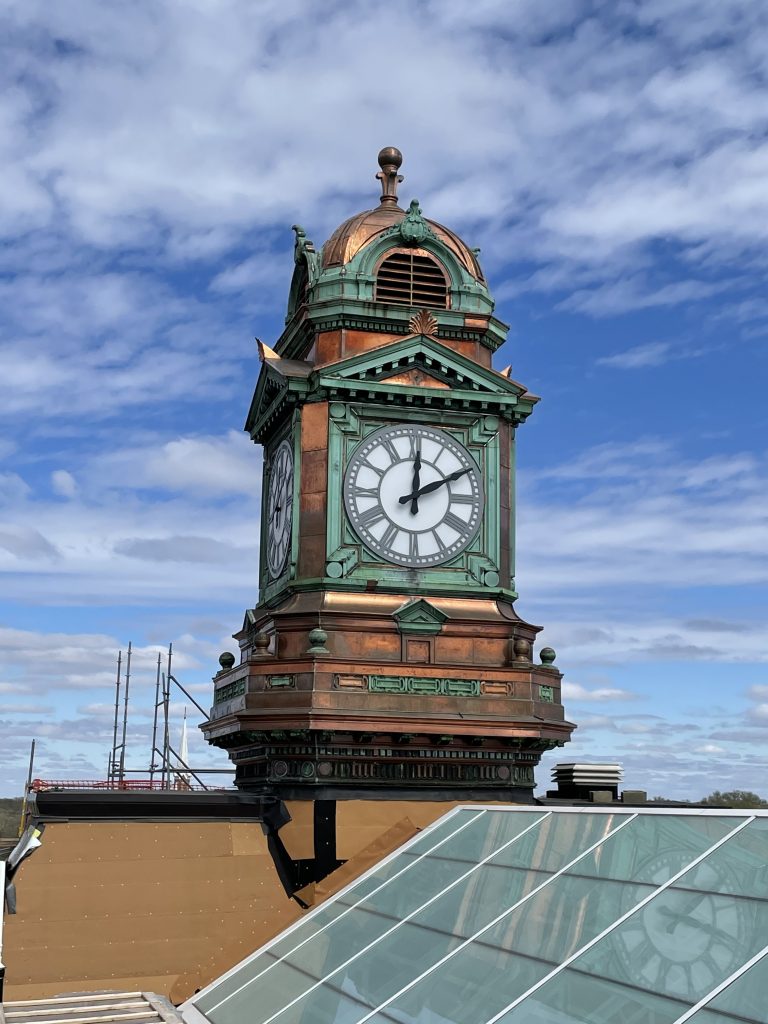